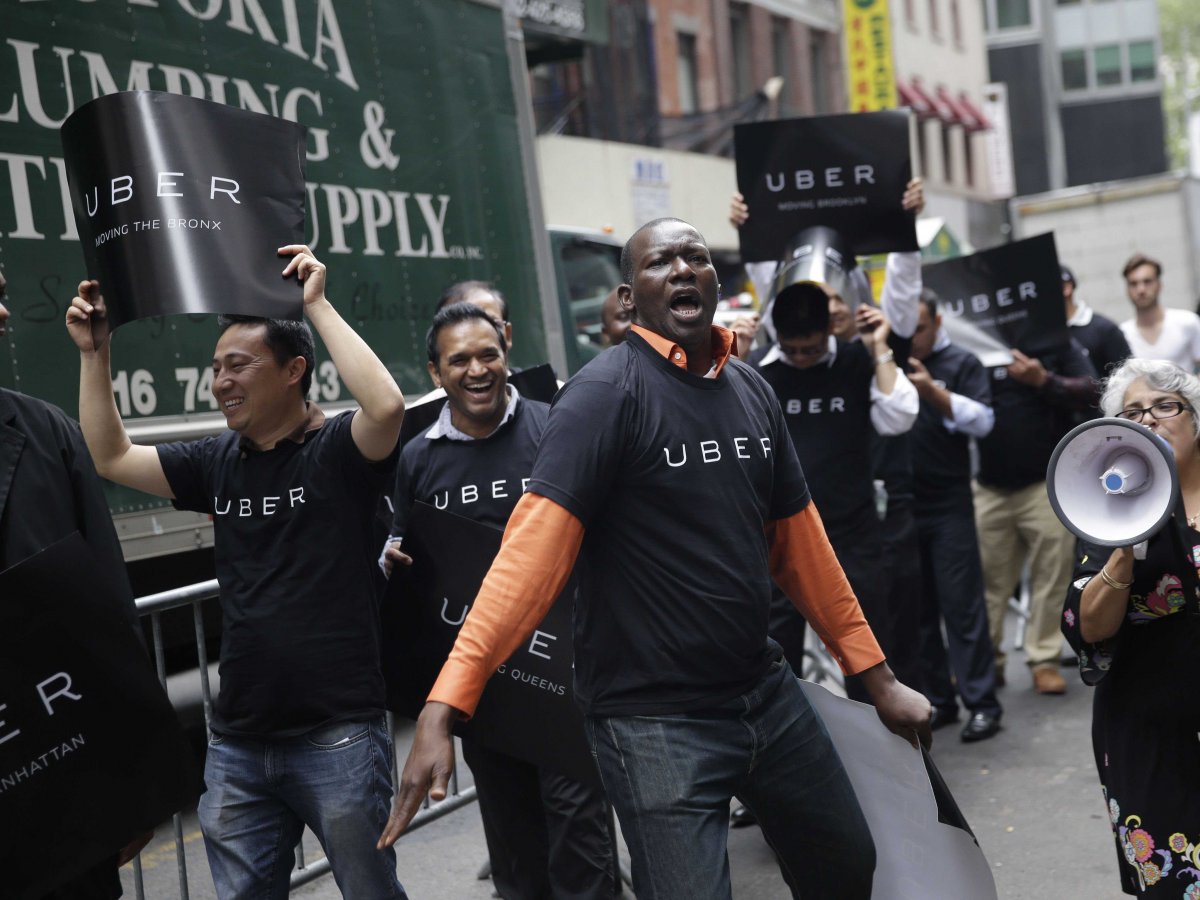 The following was reported today by Business Insider:

It's potentially a huge blow to Uber's business model, at least in California.The decision was made after a San Francisco driver, Barbara Ann Berwick, filed a claim against the company. The commission sided with her largely because it deemed Uber was "involved in every aspect of the operation."

Uber is appealing the ruling.

Right now, Uber has hardly any costs other than its 1,000+ employees in its San Francisco headquarters. Uber takes a percentage of every ride (20-30%). It doesn't employ drivers, it merely connects supply (user requests on its app) with demand (independent contract drivers who are roaming around and have agreed to partner with Uber).

If this ruling sticks, Uber won't just be a logistics company printing money, at least in California. The cost to run the business there would skyrocket. Uber would have to seriously consider downsizing the number of drivers it has as partners and provide benefits for them all.

Employees are expensive; companies have to pay social security and medicare taxes for each employee among other things, according to the IRS. They don't have to do any of that for independent contractors. Also, drivers currently have to cover a lot of their expenses — such as gas, car maintenance and insurance — themselves, although Uber has begun to offer perks to offset some of these costs.

Let's keep in mind that this ruling is only in California. Uber, which was last valued at ~ $50 billion, has more than 1 million drivers world wide. While California is Uber's largest market, the company operates in 311 cities and 58 countries, so this is a small percentage of Uber's global business. If this ruling stays confined to a single state, Uber's problems will be much easier to overcome. Also, this ruling is far from official. This could all be tied up for years in court.

Both Uber and Lyft have been hit with lawsuits from drivers asking to be made official Uber employees. The companies insist their drivers should be independent contractors.

By the way, this ruling isn't just a huge deal for Uber and Lyft. There have been a lot of "Uber for X" startups to follow in their wake: $1 billion startup Instacart, for example, has contract workers deliver groceries; $250 million startup Shyp has regular people mail things for customers. If these companies, which are referred to as the 1099 economy, can no longer have independent contract workers, all of their business models are shot.

And if their business models are shot, that's pretty bad news for investors who have been pouring unprecedented amounts of money into private companies over the past few years.

Their investments have allowed startups to stay private longer and avoid going public or getting acquired. That means venture capitalists and startup employees haven't had much chance to gain liquidity.

So while Uber is a $50 billion company on paper and investors currently look like gods who will get crazy returns someday, many actually haven't actually gotten much cash back yet. This concept — pouring lots of money into companies without seeing a cash return — is called a "dry bubble." And as Uber board member Bill Gurly recently tweeted:

Here's a copy of the Uber ruling, from June 16. Driverless cars are probably starting to look pretty good to Uber right about now.